Some words of hope: Luck of the lode to you 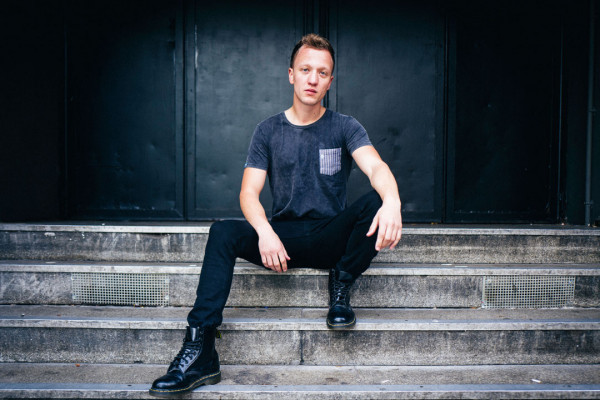 Joris has never been underground in a coal mine. He is not a native of the Ruhr area or the Ore Mountains, neither his dad nor granddad were miners. Nonetheless, with his song "Glück auf (Luck of the lode to you)" he has promoted an attitude above ground that is encouraging.

Everything is dark. Only two or three narrow beams of light shine on the stage. Joris sits at the piano, alone. "Keinen Zentimeter Licht (Not a centimeter of light)..." he begins to sing. In this subdued setting, the 28-year-old performs the first single from his new album "Schrei es raus (Scream it out)" live. It is a ballad as soft as it is catchy, which he named "Glück auf." And when, as during the summer in Kiel, some 12,000 people listen to the lyrics, not uttering a sound, you can feel the silent power of this song in the midst of darkness.

It is not the first time that the famous miners’ greeting has found its way into the lines of a song. Be it the centuries-old 'Steigerlied' that every child in the Ruhr region can hum along to.

Or Herbert Grönemeyer's tribute to his home "Bochum," which even those can relate to who do not come directly from this city but, say, from Dortmund or Herne.

The songs were always paying homage to mining and the region. Joris, meanwhile, uses the miners' greeting as a metaphor for a something greater.

His friend and tour photographer Tim Kramer gave him the idea. Tim is a Bochum native, and it was from him that the singer born in Stuhr-Brinkum near Bremen learned that the people in the Ruhr, but also in mining regions in Switzerland or in Aue, still greet each other with 'Glück auf.' Joris likes it. He finds that it has something reverent about it.

He likes the idea that the pitmen exchange words of encouragement and good fortune with each other before going below ground. That they are always there for each other down there, even when things get difficult, or life-threatening; and that, in the end, they go above ground together, and things are looking up.

"This 'Luck of the lode to you' is a beautiful phrase that you can apply to life," says Joris. "When I was working on the album, I met people who don't just have a bad day here and there, but who are experiencing a difficult, dark phase, and you have to be there for them." These people felt as if they were trapped underground, saw no way out. This is why he wrote the song.

"Glück auf" is quite sure to become another hit for Joris. The song is a sort of tranquil oasis in his second, mostly rock genre album. In 2015, Joris Ramon Buchholz, as his full name reads, achieved the breakthrough with his first hit "Hoffnungslos hoffnungsvoll (Hopelessly hopeful)" and the single "Herz über Kopf (Heart over mind)"— with everything that comes with it: awards and accolades, high rankings on the charts, three tours, almost 300 concerts.

With his new album, he shows both his lively and melancholy sides again, emotional and pensive, with heart and mind. He is intrigued by the contrasts, the contradictions in life. "Light and shadow, those two go together," says Joris, who a few years ago, as a student in Mannheim, switched from English to German when writing his songs as he was contemplating two deaths in his family.

Contemplating what really matters in life, how well things were really going for him, and that one should appreciate the good fortune. "When things are at their best, open your eyes," sprung to his mind. In German. And it became a line in a song.

To Joris, it's not just words that matter, but also mindset. Just recently, he attended the #Wirsindmehr concert in Chemnitz against right-wing hostility, and he publicly supports cosmopolitanism and tolerance. "I still believe in diversity," he says. Here too he recognizes the parallels with mining, with the spirit of 'Glückauf.' "The virtues apply here as well," explains the songwriter. "Underground, everyone has the same skin color after ten minutes at the most." We, above ground, could learn a thing or two—especially these days—from the shared commonalities, regardless of the individual person's biographical background.

One can only hope that Joris proves to be right. Ultimately, hope is also the major topic of "Glück auf." 'Things are looking, looking up' reads the refrain. Joris puts it in a nutshell: "Regardless of how crappy the world out there might be at the moment, at the end of the day it's important that you always carry hope inside you."

In 2018, the year when the coal mines closed, Joris' "Glück auf" also demonstrated to some degree how traditions can be kept alive here and now, how values can be preserved. This too gives rise to hope. While mining, as an industry, is slowly vanishing, the greeting exchanged among the miners and their foremen is something that will remain. A beautiful phrase. An old quote. A formula that, ultimately, is so much more than just a few simple words.