Booths, beats and miners' fashion—urban lifestyle made in the Ruhr area #1 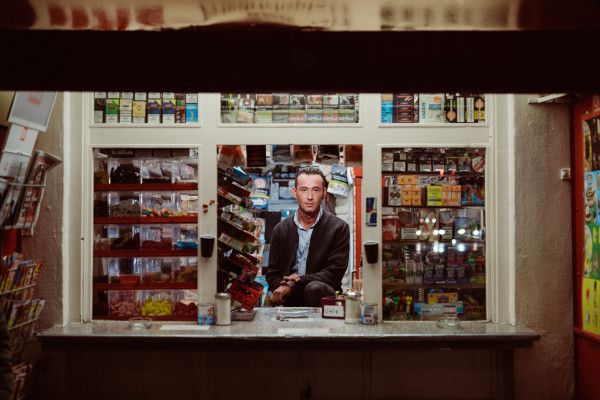 The Ruhr area boasts the greatest diversity of people in a small space in all of Germany. They make the region what it is: vibrant, versatile, and always in motion. In our series, we introduce four of them to you.

"The usual?" asks Sercan Kilic, as his hand reaches for the refrigerator stocked with beverages. In no time at all, beverage cans and money change owners. Just moments later, the customer has disappeared again. Seven years ago, Sercan took over the kiosk on Friedrichsplatz square in Duisburg from his brother. Ever since, he has been standing behind the kiosk window with the red awning almost around the clock, anticipating his customers' every wish.

During the age of industrialization, when it was mostly thirsty miners who visited the booths on their way home from the back-breaking pits, mineral water was the top seller. Today, Sercan generates the majority of his revenue from the sale of tobacco products. "Unfortunately the margins keep getting smaller," he laments. To be able to survive, the kiosk owner is always searching for the best deals and does most of the work himself—even lugging the heavy beverage crates.

A meeting place for the entire neighborhood

There is little time to take a breather: the competition from filling station shops and low-cost supermarkets, which are open until late at night, is too great. When a large supermarket branch opened directly across from his kiosk a few years ago, Sercan Kilic feared for his continued existence. But his customers stuck with him. Most of them gladly accept the fact that they have to dig a little deeper into their pockets here for beer, coffee or sweets. After all, for many the kiosk is more than just a shop. "Some of the neighbors stop by every day to chat over a cup of coffee," says the Duisburg resident. "The kiosk is a meeting place for the entire neighborhood. And to me, it's my home."